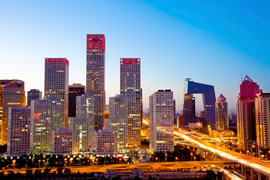 Sarah and May recently had the opportunity to visit Beijing and meet with a number of Education Agents who assist students with their school and homestay applications. It is always nice to meet people who we usually only communicate with via email and put faces to the names. This trip also gave us the opportunity to explain our procedures and discuss cultural differences. We hope that this will assist the agents to better prepare their students for their time in Australia.

When students come from a city such as Beijing, it is easy to see why they might think Sydney is very quiet. In Beijing eating at local restaurants is very cheap, so it is easy to order a large variety of dishes to share on the table. We did give the scorpions in the night markets a miss though. Western restaurants are still quite rare and appeared to be very expensive. The American food chains, such as KFC and McDonald’s are everywhere – but again much more expensive than eating at a local restaurant. One of the most popular restaurants we saw was a chain restaurant called “Grandma’s” serving traditional Chinese foods. Every time we went passed this restaurant there were very long queues. We were unable to resist and arrived one day at 5:20pm thinking we would get there early. Over an hour later, we finally were taken to a table – but the food was definitely worth the wait. Walking down the street at night in Beijing, all the shops and restaurants are still open. In fact, with the various night markets, street stalls and street entertainment the city is more alive at night than during the day.